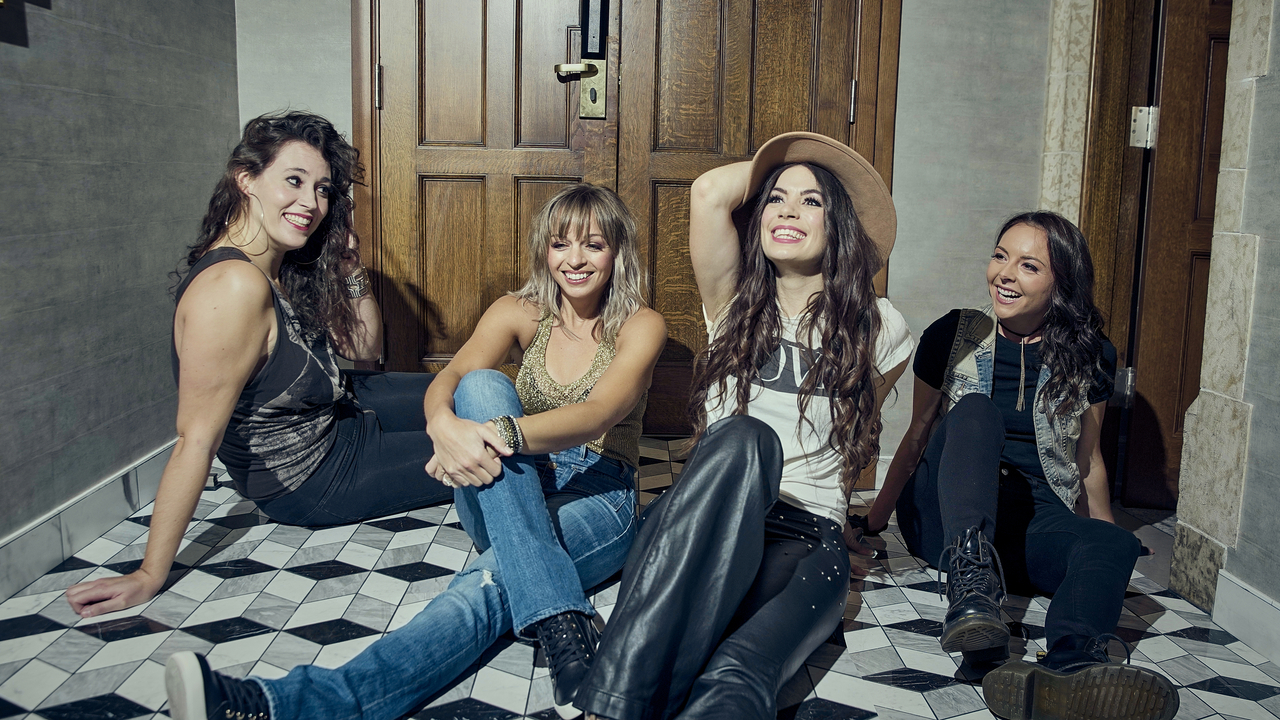 Nice Horse is wild: wildly talented, wildly entertaining, fun, fresh, fierce and feisty, and they’ve established themselves as one of the most buzzed-about and fast-rising groups in the Canadian music industry. A live act to be reckoned with, the self-contained all-female group has played high- profile festivals across Canada including Boots & Hearts, Big Valley Jamboree, and Dauphin’s CountryFest, and has performed in Spain and France. They have also toured as direct support for legendary artists such as Tom Cochrane and the Nitty Gritty Dirt Band.

The band, made up of Katie Rox (vocals/banjo/acoustic guitar), Brandi Sidoryk (vocals/bass), Tara McLeod (electric guitar), and Krista Wodelet (vocals/drums), has garnered significant accolades in their four short years together, including three CCMA nominations, the 2018 YYC Music Award for Country Recording of the Year, and the 2018 and 2020 Country Music Alberta Awards for Group of the Year.