For Immediate Release: April 1, 2019: Sakamoto Agency is ecstatic to sign rising star Kalsey Kulyk to the international roster. Signed to ole Label Group/Red Dot, this Canadian artist and songwriter has a new EP set for release this year, and is already making waves in Nashville and beyond with her recent single “More Time”, added to rotation on CMT. While her songwriting prowess is obvious in the single’s lyrics, Kalsey’s words are brought to life with her rich and bright vocals; she’s a pure country crooner. And if that wasn’t enough, Kalsey is an artist who possesses the natural ability to ignite emotion within any listener, standing out from the crowd as a memorable and moving. 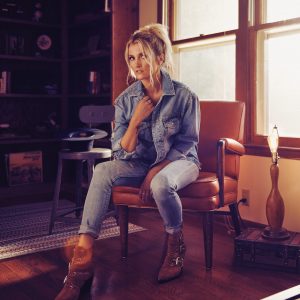 Though she’s been a singer and performer since before she can remember, Kulyk is future facing at all times and ready to show the world her talent. “I’m really excited about the music that I have now,” says Kulyk. “I feel it really encompasses everything about me, and who I am, and what I want to give to my audience. I am so excited to have the opportunity to work with Sakamoto Agency as they help take my career to the next level!”

Ready to hit the ground running with selected dates across Canada this summer, Kalsey will be making her first roster appearances with Sakamoto Agency opening selected shows for recent JUNO award winners The Washboard Union, and platinum-selling artist Aaron Goodvin.

Operating partner and VP Paul Biro is excited to get to work beyond that, “We are so excited to be on this journey with Kalsey Kulyk and her team,” he says. “We believe that through the expression of sincere art we as humans are at our very best. Kalsey’s sincerity and openness in sharing her life experiences is compelling, her voice and personality are captivating, and her positive attitude is inspiring. The Sakamoto Agency team is honoured to welcome Kalsey and her team into the Sakamoto agency family.”

Raised in Hudson Bay, SK, Kalsey Kulyk got hooked on music at a young age, singing and playing the guitar. She took part in hundreds of talent shows and competitions, winning her first songwriting competition at age 13. Everything changed in high school when Kalsey fell ill and couldn’t seem to get well. It was cancer. Through both her own journey to recovery and interactions with others on a similar path, she drew songwriting inspiration, and the entire experience solidified Kulyk’s belief in a career in music. Now ten years in remission, she says “What is life unless you’re doing what you love every single day?”

Shortly after her recovery, Kulyk became acquainted with Fleetwood Mac producer Richard Dashut who invited her to Las Vegas to record and hone in her craft. It was also Dashut who gave Kulyk her first taste of Music City, and her progress in the creative capital didn’t go unnoticed. Invited to participate in both the Canadian Country Music Association’s Discovery Artist program, and ole’s “On the Spot” competition, Kalsey won both – on the same day no less. A dream come true for the artist, she returned to Nashville with both publishing and record deals, and wrote songs with Liz Rose and Phil Barton. Now with an arsenal of songs and a survivor’s determination, Kalsey Kulyk is ready to hit the road and share her passions with the world.