For Immediate Release, August 21, 2019: Sakamoto Agency is thrilled to announce the addition of shining young star Kendra Kay, to the international roster. A Manitoban-raised artist with true country roots, Kendra is praised for her ‘powerhouse vocals’ and her live performance, dubbed a ‘must see’ by Top Country News. The rising country singer and songwriter released two singles in 2018 that made their appearance in the Top 100 Canada Country National Airplay chart for a combined 17 weeks, and amassed nearly half a million streams. She also took home the Manitoba Country Music Award for Fan’s Choice Entertainer of the Year, and the Canadian Independent Music ‘Video of the Year’ Award for ‘Best Country Video’, in the last 12 months. 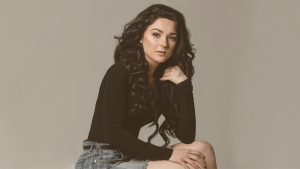 Ready to hit the ground running on a larger scale, Sakamoto’s Carla Hackman has been working in a development role with Kendra and her team for the last 6 months, now moving her to fully signed roster artist. After booking shows at the Altona Sunflower Festival, Darwell Barnburner, and the CPCA Chuckwagon Finals this summer, Carla says,“When I first saw Kendra on stage, her show demanded my attention. Her passion, drive, and enthusiasm for music kept me dedicated, and now we look forward to propelling this young star onto stages across the nation!”

Sakamoto Agency Operating Partner Paul Biro feels Kendra is a natural fit for the roster, “We are exceptionally pleased to welcome Kendra to our roster. Her family roots are generations-deep in the country lifestyle from barrel racing to Chuckwagons and it is apparent in every note Kendra sings. She is the real deal when it comes to country music. With amazing talent, multiple regional awards, and an boundless spirit, we are so excited to help bring Kendra’s unique sound to the international marketplace.”

Kendra and her management are equally excited, says manager Jeremy Johnson (Johnson Talent), “We’re proud to be joining the Sakamoto Agency, a world class booking agency that brings a wealth of industry knowledge and relationships, along with a roster of some of country music’s biggest stars, as we work together to continue to elevate the next stage of Kendra Kay’s growing career.” And the artist herself? Kendra Kay is looking straight ahead, “I couldn’t be more excited to be joining the Sakamoto team! I truly love the family atmosphere everyone at the agency creates, I feel like I couldn’t have found a more perfect fit and I am so pumped to see where we can go together!”

Kendra Kay joins a current roster of fourteen other artists and shows at Sakamoto Agency, including Aaron Goodvin, The Washboard Union, Nice Horse, Chris Buck Band, and a variety of entertaining shows such as André-Philippe Gagnon’s “The History of Rock ‘n Roll” and GNR Entertainment’s The Legend of George Jones, ft. Duane Steele, plus more. To book Kendra Kay or for more information on Sakamoto Agency, please visit www.sakamotoagency.com.

MORE ABOUT KENDRA KAY:
Few artists capture the spirit of country music like Kendra Kay. Raised in small town Manitoba and true to her roots, her music is inspired by the sounds of traditional country music with a modern twist. The 2018 Manitoba Country Music Association Fan’s Choice Award winner has toured across Canada and earned praise for her ‘powerhouse vocals’, while her live show was called a ‘must see’ by Top Country News.

Kendra’s recent singles ‘Buy You A Drink’ and ‘Fuel on the Fire’ spent 17 weeks in the Top 100 Canadian Country National Airplay charts, culminating in the release of her recent EP ‘More to Me’, and establishing her as an artist to watch. The project was co-produced by country icon Terri Clark, CCMA Producer of the Year winner Murray Pulver, and Juno Award winner Jeff Jones, and includes songs written by Meghan Patrick, Jessica Mitchell and Patricia Conroy. ‘Fuel on the Fire’went on to earn the Canadian Independent Music Video of the Year Award for ‘Best Country Video’. 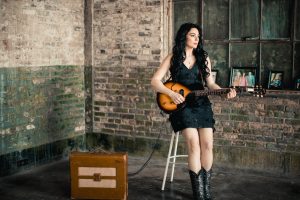 Armed with her high energy 5-piece band, she has played shows across Canada including the CFL Banjo Bowl Halftime show (Winnipeg), joined Tim Hicks on his ‘Get Loud’ Tour, performed alongside Patricia Conroy and played Canadian Music Week, Boots & Hearts Pre- Party, Canadian Country Music Week, Roger’s Hometown Hockey Festival and Dauphin’s Countryfest. Along with this, she has opened for Jess Moskaluke, James Barker Band, Aaron Prichett, and Doc Walker, among others. Kendra Kay has been called a ‘star in the making’, earned the Manitoba Country Music Association Female Artist of the Year Award and amassed close to 400,000 streams on Spotify. With more music and performance announcements on the way, Kendra Kay is a ‘rising country star’ (Brandon Sun) who is ‘sending shockwaves across North America’ (Rhythym & Boots NYC) and taking on the world one song at a time.